Although many people don’t know, an average person flushes their toilet about 5 times a day. Each time someone flushes toilet, they are wasting 5 to 7 gallons of water (that’s much how an average toilet tank holds). However, this is not the only cost of using a toilet, and for that reason, the question arises of how much it costs to flush a toilet. I talked with some professional plumbers, and here’s what I discovered.

So How Much Does It Cost To Flush A Toilet? According to the Department of Energy, the average cost to flush a toilet that has a tank of 1.6 gallons (6 liters) is roughly 1.3 cents per flush. People on average flush their toilets about 5 times per day, which is 8 gallons of water, which is around $24 annually per person to flush a toilet.

Each household has a different type of toilet tank (new models vs. old models), and they affect how much water you consume each time you flush the toilet. Each tank can store a different amount of water, so the water consumption can vary greatly.

The most accurate way to calculate the total cost of flushing a toilet is to use the data from the Department of Energy. Simply sum the water and sewer rates based on that data, and you’ll get the exact number of how much you spend every time you flush a toilet. Keep in mind that this data (for water and sewer) varies depending on the location where you live, so it’s hard to calculate the exact number.

Based on the data that we already mentioned, people flush their toilets around 5 times a day, so the average cost is about $24 annually to flush a toilet (or $96 for a family of four).

YIf you use your toilet often, you will surely be interested in Can You Flush Paper Towels? Plumber Explain.

How Much Does It Cost Us To Flush The Toilet?

To calculate the total cost of flushing a toilet, we need to know the basic information. First, we’ll use the data based on the prices in the United States. We will make two calculations, one for the lower end and the second one for the higher end. That way, we will have a better insight into water consumption and how much it will cost us to flush a toilet.

This calculation is based on people who live in locations where the water is cheaper.

This calculation is based on people who live in locations where the water is a little bit more expensive.

Therefore, we can conclude that flushing a toilet will not affect your water bill. However, skipping this is not hygienically healthy, so it is recommended that you release water every time you use a toilet. Here is a table with the annual cost for flushing a toilet.

The Real Cost of Flushing The Toilet (Calculation)

Most toilets before 1990 consumed around 5 gallons (19 liters) per flush. However, new toilet models sold since 1994 use 1.6 gallons (6 liters) of water per flush. Today we can find even more efficient toilets on the market that have toilet tanks of 1 gallon (3.7 liters) per flush. So, to get the real cost of how much it costs us to flush the toilet, we must take into account the following parameters:

The first thing is to determine the cost of water in the area where you live. Each state has different prices, so we’ll use the price for the United States in this example. The average price of water in the U.S. is around $1.50 per 1,000 gallons. Using this data, we’ll get that the cost per one flush is less than 1 penny.

Lastly, we must not forget the sewer cost. Each time you flush your toilet, you must pay for the water that is coming in your toilet tank and for flushing that water down the sewer line. This means you are charged twice. First for the water that you are using in your house, and the second is when you flush it down the sewer. The average sewer rate in the United States is between $2 to $6 per 1,000 gallons.

How Much Does Flushing The Toilet Affects Your Water Bill?

Many people don’t know, but around 30% of home water is used on the toilet. According to Federal Plumbing Standards, most manufacturers now sell toilet tanks that use 1.6 gallons (6 liters) per flush. On the other hand, toilet models from 1992 used 3.5 to 5 gallons per flush.

Donald Trump, the former U.S. President, also talked about this problem and how a lot of water is wasted unnecessarily. He mentioned that households with low-flow toilets need to be flushed a few times per use. To determine the quality of the toilet, it looks at how much “light waste” and “heavy waste” they can actually handle per one flush. However, some toilet models need more than two flushes to fully clean and remove all the waste from the toilet.

When we look at research conducted by the Environmental Protection Agency (EPA), toilets consume the most water in the household, using almost 30% of all water. Therefore, when it comes to cost per flush, it all depends on the price of water and sewer costs in your state. The great thing about new toilet models is that you can save annually up to 50% of water, which is around 13,000 gallons per year. When you calculate this, you will get that you will save up to $110 per year, according to the EPA.

Therefore, you need to think carefully when buying a toilet because new models have a low-flow flush with which you can save a lot of water in the long run. According to the Department of Energy and their data, it is estimated that flushing 1.6 gallons will cost you around 1.3 cents per flush.

Test Your Toilet For Leakage

Some homes lose around 10 gallons (41 liters) of water each day due to leaking problems (washing machines, faucets, toilets, etc.), most of which is due to the toilet leaking. If we use that data and convert it to the annual amount, we’ll get that you will pay around $80 per year for the water that is leaking in your home.

Therefore, check to see if there are any leaks in your household. Sometimes the problem can be even more serious than you think if the leaking is silent and you can’t notice it. If this is the case, you can lose even 10 gallons of water per day. At the end of the month, you could be greeted by a big bill.

Does Toilet Need To Be Flushed Every Time You Pee?

The toilet needs to be flushed every time you pee. That way, you’ll remove the unwanted urine smell that would accumulate and emit odors throughout the bathroom. Therefore, be sure to flush the toilet every time you use it. Otherwise, you will have to pay much more for air fresheners than for 1 cent, which will cost you to flush your toilet bowl after use.

Here are a few tips that you can use to save the water after using the toilet:

For those who want to learn more, be sure to read What Causes Brown Water In Toilet?

How much does flushing a toilet cost in the UK?

Is it OK not to flush pee?

People should flush their toilet after they use it, because otherwise there may be an unpleasant smell of urine that will cover the bathroom. Therefore, be sure to flush your toilet at least once a day.

Flushing a toilet is something that must be done whether we like it or not. As we have already mentioned in this article, an average toilet tank uses around 1.6 gallons (6 liters) of water per flush. By using this data, we can easily calculate how much it will cost us annually to flush our toilet. You only need to consider the price of water in the country where you live and multiply it by the amount of water that you’ve used. As we already mentioned, each person flushes a toilet about 5 times a day on average. I hope that this article has brought you some valuable information and if you have any other questions feel free to comment below. If you’ve used hair dye in your bathtub, you’ve probably made a lot of mess, and you now wonder how you can clean it up?… 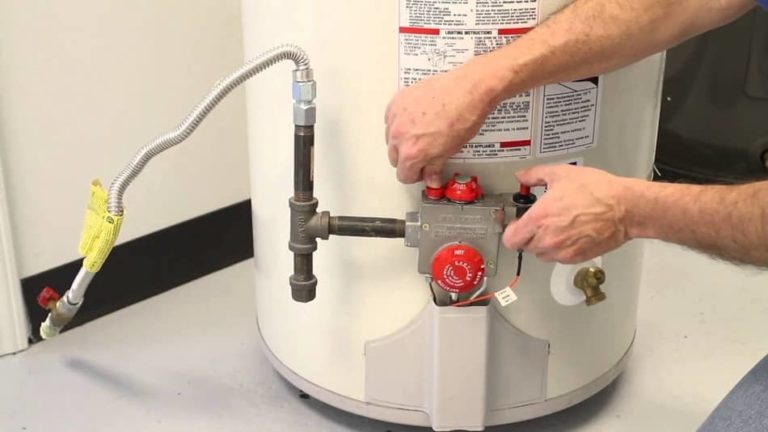 Some people wonder why American residents are still using BTU (British Thermal Unit) as the unit of energy instead of Joules? Those who are not… Having good ventilation in the bathroom is very important, especially if you don’t have a window. However, some people think that a bathroom fan is… 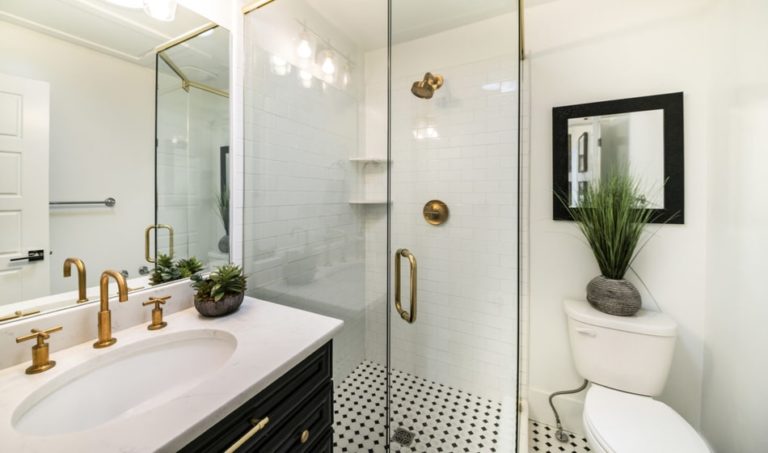 Every new house usually comes with a bathroom that has a window. That’s because every bathroom needs to have some sort of ventilation, and the… While it may sound weird to have a camera in your bathroom at first, it doesn’t have to be that way. Having a hidden camera…