The kitchen is the room with the biggest amount of appliances ranging from blenders, toasters, microwaves, and some of the more common ones, such as a refrigerator. However, each of these small appliances can share an outlet, while the refrigerator is usually connected to a single outlet.  Is this by chance, or does the refrigerator have to be connected to a separate outlet? In this article, we’ll talk about that and explain why. So, let’s start!

Each electrical circuit can have a limited number of appliances plugged in at the same time without it overloading. For this reason, electricians tend to install more circuits for the kitchen than any other room. Especially since many kitchen appliances require their own outlet due to the amount of electricity they use. In the following, we will explain what you should pay attention to when it comes to the refrigerator.

Does A Refrigerator Need Its Own Outlet?

Refrigerators require much more electricity (volts) than other kitchen devices (between 150 watts and 250 watts – depending on the model), so it’s important to use a single outlet just for a fridge. Each electrical device should be connected to a circuit that can provide the necessary amount of electricity, especially if you keep in mind the “beginning currents” phenomenon. Even though, due to modern-day standards, fridges are becoming way more efficient, each circuit can only provide a limited amount of electricity. Keep in mind which outlets are connected to which circuits, so you don’t overload them.

If a device is working steadily, it uses up the same amount of energy at all times. But, when a fridge’s compressor is started up, it causes a surge in electricity usage, which could cause it to overload. Not only could this cause fire and other complications regarding your electrical installations, but also you could have legal issues since the National Electrical Code (NEC) requires each fridge to be connected to its own outlet, and thus, its own circuit.

Can A Refrigerator Be Plugged Into A Regular Outlet?

The aforementioned third prong is used for grounding, and unlike the other two straight prongs, this one is round. It ensures that there are no sudden surges in power. Other than this, your refrigerator should work just fine if you use a 110-120 volt outlet. Plus, you’re even safer due to the additional prong.

For those who want to learn more, be sure to read What To Do If Your Electrical Outlet Gets Wet?

What Kind Of Electrical Outlet Does A Refrigerator Use?

A refrigerator must be plugged into a normal 110-120 V outlet. Any deviation from the 110-120 volt outlet can pose an issue and cause unwanted side effects. For example, plugging the refrigerator into an extension cord, plugging in other appliances into the same electrical circuit, or simply disconnecting the third grounding prong will all lead to your fridge not functioning properly. Therefore, be sure to plug your fridge into its own electrical outlet.

One of the most dangerous things you can do is remove the third prong. This is a safety prong, and it’s there for a reason. Plugging the fridge in a two-pronged outlet could lead to a safety hazard, just like all the other workarounds we’ve mentioned. Your fridge won’t work properly, and you’ll be at a constant threat of electrical hazards and other safety issues.

How Many Watts Does A Refrigerator Use?

You should definitely plan in advance when it comes to do dedicated circuits for your refrigerators. Decide what wattage you want your fridge to be and get an electrical wire of the correct size for the amount of power that’s going to flow through it and power the outlet.

Here is the answer to this question:

There are two important parameters that need to be considered when buying a fridge.

Danger Of Sharing The Same Outlet With A Refrigerator

Some of the risks we’ve already mentioned previously in the article, but now we’ll go through them in more detail. If you want to keep yourself safe, don’t plug your fridge into a shared outlet. Here are some of the things that can happen:

This is actually the least of your problems since the breaker can be easily reversed, but it’s an inconvenience nonetheless. The purpose of a breaker is to stop the flow of electricity through a certain electrical circuit if the circuit overloads with electricity, which could happen if you plug another device into the same outlet as your fridge.

This issue is easily fixed by switching up the tripped breaker in the panel box. The only issue is that you might have to do so in complete darkness if your lights are also connected to the same breaker. Other than that, this issue shouldn’t cause too much fuss.

A blown or burned-out fuse won’t endanger you, but it might put your wallet at a slight disadvantage, and you’ll most likely have to call a professional electrician to replace it. Fuses tend to burn when a circuit gets overloaded, for example, by plugging another device in the same outlet. This will cause the fuse in your outlet, fridge, or another plugged-in device to melt.

If you plug in another device and the circuit doesn’t overload immediately, you might not even notice it until the fridge cools down. The sudden rise in voltage which we called startup power, could overload the circuit while you’re not present, causing the refrigerator to stop working. If you’re not keen on rotten food and drinks, and most of us aren’t, this will definitely pose an inconvenience. If you don’t notice that the fridge isn’t cooling your food anymore, you’ll have to deal with unpleasant smells.

Can You Use An Extension Cord For a Refrigerator?

No, the extension cord isn’t suited for a refrigerator, and it should be avoided.  A refrigerator, on the other hand, needs to be plugged directly into the outlet. Some additional safety risks are using a faulty or improper extension cord. Since water leaks are a real threat when it comes to refrigerators, faulty extension cords could cause the water to be electrified. For this reason, GE appliances and other production companies do not recommend it.

If you don’t want to install new electrical outlets, you should think about power strips. If you stick to the few main rules when it comes to power strips, you’ll save yourself a lot of work and still have many outlets available at your service.

First of all, it’s important to note that power strips cannot be used for refrigerators since they require dedicated circuits. But it’s a great way to free up outlets connected to dedicated circuits by plugging other appliances into the power strip. Also, don’t plug one power strip into the other since this does not provide more energy, rather, it divides it. Furthermore, don’t use them in high-moisture areas for safety reasons.

Unfortunately, power strips are not meant for longer periods. For this reason, buying strips that come with circuit breakers is also important to ensure maximum safety for both you, your home, and the plugged-in devices. If a device is plugged in for longer periods of time, your power strip might heat up and combust. This is obviously a great safety hazard.

You might also be interested in this article that is related to an electrical outlet: What Is A Self-Grounding Outlet?

Of course, but that still doesn’t mean that the circuit won’t overload if too much electricity is drawn. That’s why it’s important to check how many ampers are used by each plugged device, especially if you’re using power strips.

Is it possible to connect two freezers to the same outlet?

It all depends on how much electricity is drawn through the circuit. If the freezers don’t use more energy than the circuit can provide, everything should be just fine.

Can a refrigerator share an outlet with an oven?

Yes, but only if certain requirements are met. For example, the over shouldn’t have an electric stove because it will also consume electricity, which could cause the circuit to overload. Furthermore, the wattage of both devices should be under 1,0 kW (1000 watts).  If you ignore either of these rules, your breaker could trip or, worse, catch on fire.

Most refrigerators (besides mini-fridges), require a dedicated electrical circuit in order to function properly. Plugging anything else into the same outlet as the fridge could cause the circuit to overload and cause unpleasantries or serious issues such as electrical fires. Be sure to use three-pronged outlets to ensure safety since the third prong is used for grounding. If you’re lacking outlets, use a power strip with built-in breakers. 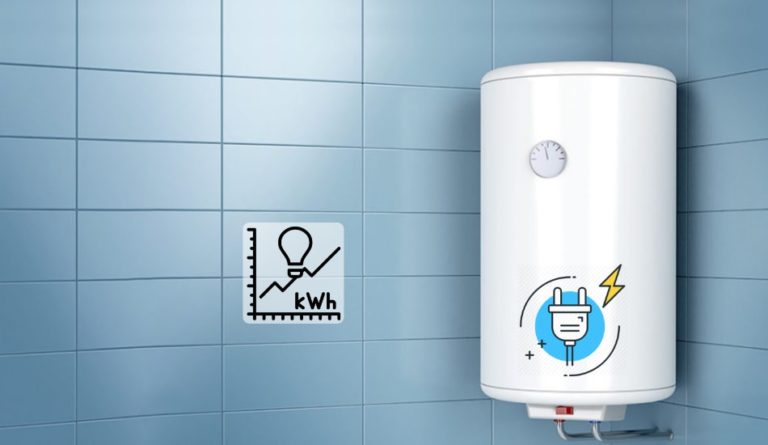 In today’s economy paying bills will almost always cause a headache, especially when it comes to electric bills. You’d be surprised how much money you… Although it sounds like an unusual idea at first, people often decide to paint their electrical boxes. Painting an electrical box can give you a… 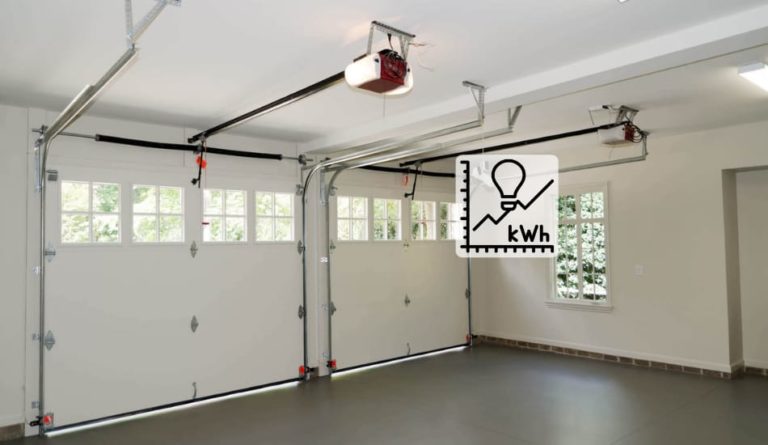 A garage door opener is a device that is powered by an electrical motor. Its main purpose is to open and close a garage door… 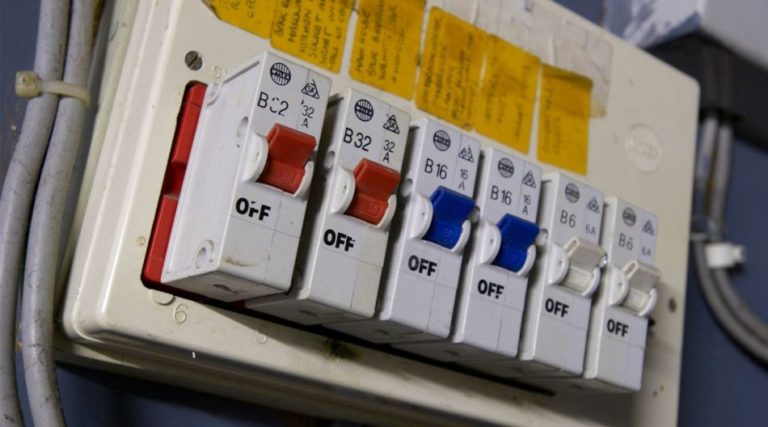 If you’re thinking to install any type of device that requires electricity, you should keep in mind that your circuit breaker can handle only the… Today, almost every modern home has an electric iron. This is a household appliance that is used to remove wrinkles and creases from our clothes….